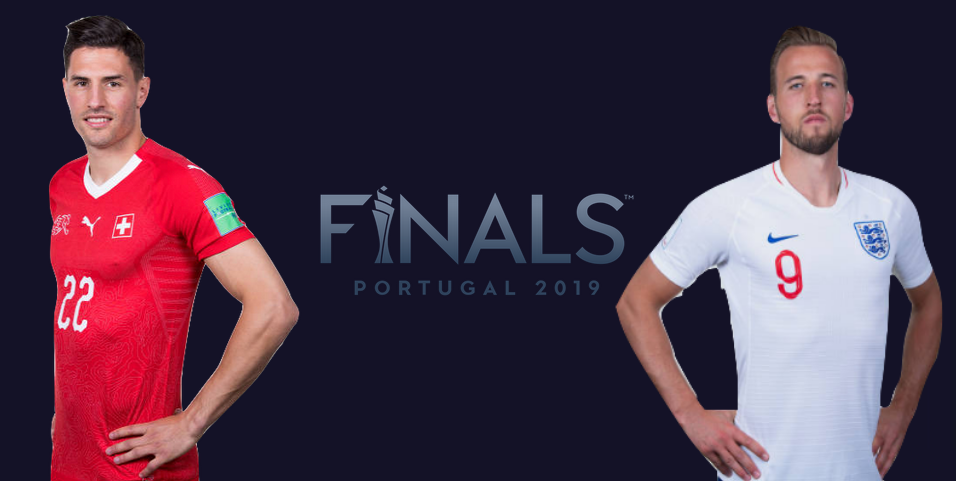 Switzerland conclude their debut Nations League campaign on Sunday afternoon, when they face England in the third-place playoff in Guimuarães.

The Schweizer Nati make the short trip from Porto after losing the semi-final on Wednesday, as hosts Portugal beat them 3-1. A hat-trick from Cristiano Ronaldo was enough to see off the Swiss, as they hope to end their campaign on a high.

They will meet England in the third-place playoff, after the Three Lions fell to a 3-1 defeat to the Netherlands. After ending all square within 90 minutes in Guimuarães, two goals from two mistakes in extra time saw the Dutch secure their berth in the final at English expense.

Here’s everything you need to know about Switzerland’s Nations League Finale.

Both sides have full-strength squads for Sunday, with no fresh injuries overall. Breel Embolo already missed out through injury, while captain Stephan Lichtsteiner was completely left out. Vladimir Petković may well heavily rotate his squad, with 19-year-old Basel forward Noah Okafor potentially earning his first ever cap.

Tottenham duo Kieran Trippier and Harry Winks failed to make Gareth Southgate’s final squad, having been named in his preliminary squad. Southampton’s James Ward-Prowse and Nathan Redmond were also cut from the squad, while captain Harry Kane recovered from his injury in time to make the squad and possibly start again on Sunday.

In the previous international break, England got off to the perfect start in EURO 2020 qualifying. The Three Lions produced emphatic wins in their opening games, smashing the Czech Republic 5-0 and defeating Montenegro 5-1 to go top of Group A.

Switzerland won their opening European qualifier, beating Georgia 2-0 in Tbilisi. However a late collapse in their meeting with Denmark in Basel saw the Swiss register a 3-3 draw in their second game, which saw them drop down to second place in Group D.

Switzerland and England have met 25 times before, with the Three Lions by far the more successful side with 17 wins compared to three for the Swiss. Their last meeting came in a friendly last September, as a Marcus Rashford goal saw England seal a 1-0 win in Leicester

There have been many famous meetings between the two sides, since their first encounter in 1933. Notable meetings include the 1-1 draw at the 1996 European Championships, England’s 3-0 win at EURO 2004 and Switzerland’s last win over the English in a 2-1 win in May 1981.

However, the most memorable one for me is when England beat Switzerland 2-0 in EURO 2016 qualifying, on 8th September 2015 at Wembley. Wayne Rooney scored his 50th international goal, becoming England’s all time leading goalscorer.

The main reason this is most memorable is because it was my first ever Switzerland game, and my first ever England game. Being from both countries, it was a big deal for me that they were playing in my city, and it remains a game that lives long in my memory.

Once again, Petković may opt for a variation of different formations, as his unpredictability continues. However, I think he will stick with a 4-4-1-1, with very few changes from the tactics and selection that faced Portugal.

After a difficult game on Wednesday, Manuel Akanji should keep his place in defence alongside Fabian Schär. Kevin Mbabu should also retain his place, after an excellent performance against Portugal despite his naivety on the international stage.

In my opinion, I think that Noah Okafor will indeed earn his senior debut for Switzerland. With the youngster in the squad and the only player involved not to have previously earned a cap, what is seen as a pointless game may be the perfect opportunity to introduce Okafor into the Nati setup.

Being from both countries myself, this is hard to predict. While I always back Switzerland, England have a vastly superior record and frankly have the better team. Both sides will be eager to bounce back from defeat, but the Three Lions may be too strong for the Nati.

Although the game may not be as important in everyone’s eyes, it will still be an interesting affair. Two team with little to play for both going for it on the European stage- and to make it even better, I have the privilege of watching two of my countries play each other once again.

Why the Swiss national team represents me

Is Eden Hazard a Chelsea legend?